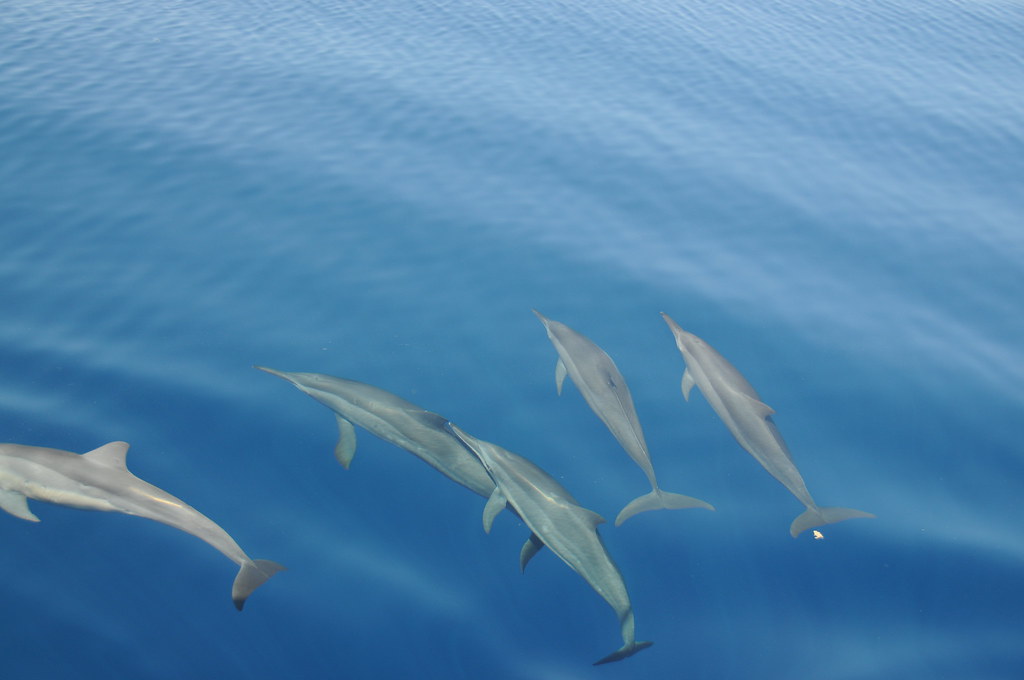 Top 10 Animals You See on Oahu

Hawaii is the most isolated archipelago on the planet! It is also home to an immense variety of aquatic creatures. Here are ten of the most popular animals you will see in our waters:

Green sea turtles are Hawaii’s local rock stars. People flock from all over to watch them sunning on beaches or to swim along with them while diving the reefs. We have the good fortune of having a large population of turtles. You’re almost guaranteed to see them while snorkeling, diving, or walking along the beaches.

These colorful fish munch away at corals all over Hawaii. They come in a variety of colors from blues and greens, to reds and purples, and even black and gray. Fun fact: most of the sand on your favorite beaches is actually parrotfish poop!

The trumpetfish is an avid and mighty ambush hunter. They are one of the weirdest looking fish in our waters. Trumpetfish come in many colors and patterns. They get their name for the shape their bodies make with their mouths open. They definitely do not get their name for the noises they make when you blow on them. Not that we have ever tried, of course.

These are some of the most common fishes surrounding our islands, in shallow as well as deep waters. There are many subspecies of triggerfish here, like the black triggerfish. Our favorite is the Hawaii state fish; the ‘humuhumunukunukuāpu-a.’

There are many species of dolphins around the Hawaiian islands. The most common ones you’ll see are spinner dolphins. They usually come in large groups, often jumping out of the water and spinning in the air. Bottlenose dolphins are a bit rarer but sometimes still show up. They are a bit less active than spinner dolphins, but love to show off to lucky divers!

A vast variety of moray eels live on the reefs around Oahu. Some are common, like the white mouth and the yellow margin morays. You can find them hunting between the coral heads. Others, like the strange dragon moray, are a rare treat found hiding in antler coral.

There are two species of octopus in Hawaii, referred to as ‘day’ and ‘night’ octopuses. They love to hide in small cracks and crevices but can be easy to spot if you know how to look for them. They’re curious by nature and will often poke their eyes up out of their dens to take a peek around. You may even see one wandering across the corals. Enjoy their incredible camouflage displays of color and texture changes.

The most common rays we see in Hawaiian waters are the angelic spotted eagle rays. They hover in groups over corals or cruising around shipwrecks. Hawaii is also home to the broad ray, often seen in the sand, and the infamous and rare manta rays.

It isn’t often that you see a shark when diving off Oahu. If you are lucky enough to spot one, it will more than likely be a whitetip reef shark. Adults often nap in or near the shipwrecks during the day. Juveniles prefer to hide under coral ledges in shallow waters. Galapagos, silky, whale, and tiger sharks are far rarer, but do visit some of the sites around Oahu.

Our reefs are home to a large variety of tiny, colorful organisms called nudibranchs. They range in size from a few millimeters to a couple of inches long. ‘Nudies’ come in an infinite number of gorgeous colors and markings. Some of the local favorites to look for are the imperial, gloomy, and blue dragon nudibranchs.